Emmerich, Germany, September 29, 2020: PROBAT, world market and technology leader for coffee roasting plants and machinery, is expanding the production area at its headquarters in Emmerich. The project with a total investment volume of 40 million euros is to be completed by the end of 2022. 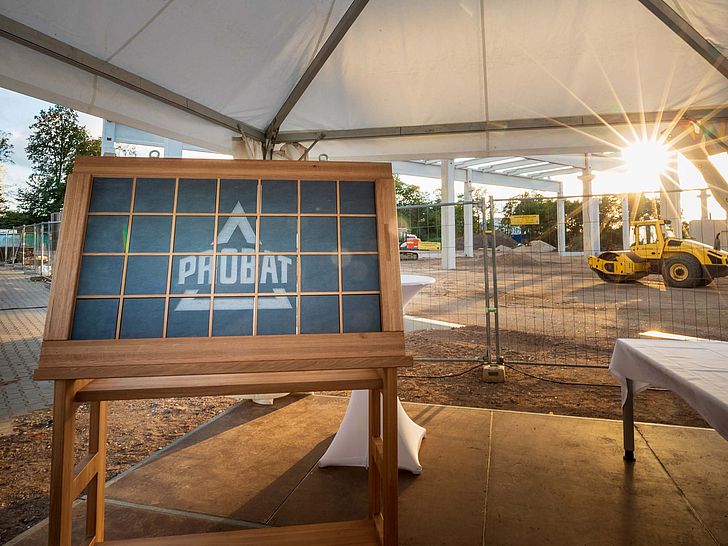 Last Friday, the cornerstone ceremony of the project, which runs under the name of PROBAT GO, took place in the innermost circle of PROBAT shareholders, the Advisory Board and the Executive Vice Presidents while adhering to strict hygiene measures. The objective is the revitalization and new construction of the production and logistics halls at the Emmerich location on the basis of a future-oriented factory concept. As a guarantee for the successful future market cultivation, PROBAT GO is an important pillar of the overarching corporate strategy. Moreover, the start of the project, especially in a time of crisis such as the one caused by the Corona virus, not only sends very special signals to the global coffee industry, but also underlines PROBAT's market-leading position within the industry.

In all measures carried out within the framework of PROBAT GO, the focus is on the specification of an economically, ecologically and socially oriented "manufacturing of the future". A process-oriented factory design with optimal arrangement of the production and organization areas distinguishes the PROBAT future factory. The design of the production process is to be optimized as a whole through the more efficient use of decisive production factors. A clear routing, directed material flows and modular structures reflect the focus on increased value creation. Potential expansion areas and changeable structures facilitate future growth.

In addition to the special significance for the company itself, PROBAT GO also has a signal effect for the business location Emmerich, which will be significantly strengthened by the realization of the project. The clear industrial architecture corresponds to the functional task of the new production and manufacturing halls and takes into account PROBAT's idea of a modern working environment with attractive workplaces by integrating an open and communication-promoting office structure. In addition, the modern factory being built on the PROBAT premises underlines the company's claim to be an employer with strong future prospects in the competition for the best talents in the region.

In his speech to the assembled guests of the cornerstone ceremony, PROBAT CEO and managing partner Wim Abbing put PROBAT GO into historical context and emphasized the importance of the project within the international coffee industry: "This cornerstone ceremony is a very special event for PROBAT, as it marks the official start of the revitalization and the new construction of the manufacturing facility. The current production exists since the reconstruction after the complete destruction during the Second World War. With the creation of this sustainably oriented modern production site, we are also setting an international benchmark in our core markets, as it reflects the constantly increasing quality demands of the customers on our products and services". In conclusion, the Chairman of the Advisory Board, Nils Erichsen, expressed his appreciation to the PROBAT shareholders and project managers on behalf of the entire Advisory Board: "Taking the courageous step to tackle such a trailblazing project in the current times is what distinguishes a family business like PROBAT. Fortunately, the current order situation holds a growth potential that not only underlines PROBAT's strong position in the world market for roasting plants but can also be even better exploited by implementing PROBAT GO".

PROBAT GO is realized in individual expansion stages. The conversion of the production site is to be completed by the end of 2022.